How Technology Has Improved in Spain Over the Past Decade 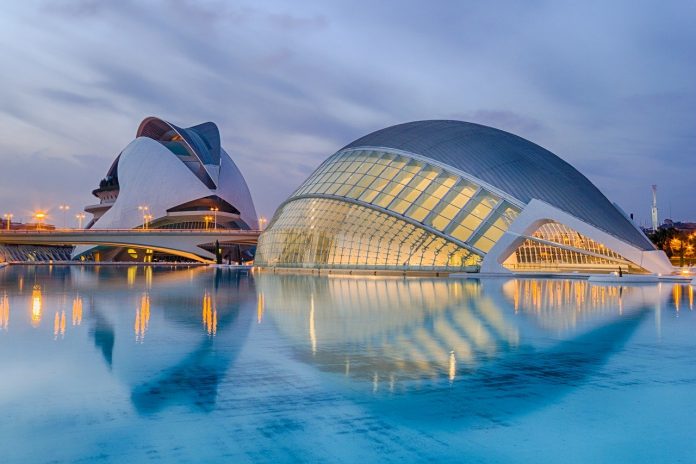 Technology is constantly improving at an exponential rate. Indeed, the kind of tech we now carry around be default in our pockets and handbags would only a decade ago be thought of as completely unthinkable. These advancements, however, are not only happening in the US. They are happening across the globe and one country that has truly benefitted from the forward march of technology in recent years is Spain.

Businesses, in particular, have really embraced this trend and while the country still has a way to go compared to some of the tech leaders, there’s a reason why so many businesses in the region are investing in computer equipment and accessories whilst beefing up their broadband. There’s a technological renaissance on the horizon!

Traditionally speaking, Spain has been rather slow to adopt technology compared to its closest cousins in France and the UK but it has always been a country of innovation. It was arguably the financial crisis of 2008 that sparked certain areas of the country into action. This is especially true of the capital city Madrid, which was lagging quite far behind Barcelona as far as Spanish tech hubs are concerned.

This came to a head last year in 2019 when Madrid-based startups received a whopping €342 million in investment funds. Of course, this still puts it a long way behind the largest tech cities in Europes such as London and Paris but there is reassurance in the way Spain’s tech capital is spread rather than focused on one specific city.

Barcelona is one of the most gorgeous and regularly visited tourist cities in the continent and has represented Spain’s largest startup market since the end of the 1990s. Whilst the sector in Madrid has grown at an astonishing rate in the last few years, it’s been growing steadily in Barcelona for decades and is slowly but surely closing in on the likes of Silicon Valley.

The best thing about Spain though, is that these cities are working together to bring the country into the 21st century, not competing like rival football teams. In that regard, the rest of the world could learn an awful lot from them!

Looking forward, the technological leaps being made in Spain mean businesses will be able to improve cybersecurity and the quality of their online offerings. Many businesses are even choosing to either create their own server rooms or utilise cloud computing to help their businesses compete on a global level. It’s the start of something quite spectacular and it’s all happening in a beautiful and always entertaining European country where the sun never truly sets. Spanish innovation is like nothing else on earth and you haven’t seen anything yet!

Also check out What is Your City Doing to Help Small Business?

Small businesses can partake in the online learning experience, too. Learning Management Systems don't have to burn a hole in your pocket.
Read more
Technology

3 Ways Virtual Data Rooms Can Save Your Startup

Here are three reasons why virtual data rooms can give your new business the breathing room it requires to get through the first few months.
Read more
Technology

How DataOps Can Help You Make Better Decisions In Your Business

DataOps can streamline decision-making and point business owners in the right direction, regardless of the market conditions.
Read more
Technology

Browsing the internet comes with dangers like hacking, malware, ransomware and more. Here's how to protect your privacy online.
Read more
Technology

As a small business owner, you can use all the help you can get. Here are a few tools to make running your new business a little easier.
Read more
Technology

Is your business having a seminar or meeting open to the public? Let your community know by sending out a meeting announcement press release.
Read more

Find a sample business contract from our library and use it to create your own custom business agreements while reducing your need for a lawyer. You'll save time and money.
Read more

Now that you've seen how many hours you need to work in order to make your desired purchase, check out these articles about budgeting, making more money and finding a new or better paying job.
Read more
Load more

5 Excellent Ways To Grow Your Business

Workplace accidents can happen to anyone and are more common than you might think. Here are the most common ones.
Read more

If you own a product-based business, then getting custom boxes for your brand has many benefits, including increased brand recognition.
Read more

MoreBusiness.com helps you start and grow your business with tutorials, templates, webinars and licensable content.