A struggling economy could be improved through individual entrepreneurship. Interestingly, who is today’s leading group of new-business starters? The answer may surprise you. Rather than 22-year olds fresh out of Harvard or Stanford, today’s most prominent group is baby boomer entrepreneurs!

Baby boomers are generally considered to be the generation of babies born between 1945 and 1964. Although the first wave of this demographic is starting to hit retirement age, there are still millions of baby boomers who are starting new businesses later in life as they approach retirement age, according to the report, “The Coming Entrepreneurial Boom” published by the Ewing Marion Kauffman Foundation.

The report notes that the median age of the average entrepreneur is 39. This shows that more people are starting new businesses after years of being in the workforce and working for other companies. What is striking is that there are twice as many baby boomer entrepreneurs over the age of 50 than there are under the age of 25.

The propensity of older Americans to become entrepreneurs is not new. A Kaufmann survey conducted over a longitudinal time period shows that of 5,000 new firms founded since 2004, two-thirds were begun by individuals between the ages of 35 and 54.

Why Baby Boomers are Becoming Entrepreneurs

Why are more middle-age Americans starting new businesses, which the Kaufman study labels, “Entrepreneurship: The New Mid-Life Crisis?” One contributing reason for mid-life crisis entrepreneurs simply the number of older entrepreneurs. As the baby boomer generation is now 46 to 63 years old, they are the largest demographic in America.

Of course, more data shows that employment trends just aren’t what they used to be. Over the last half of a century, the length of time that individuals remain at any given job has dropped drastically. Previously, an individual would “job hop” under the age of 30, but then establish “lifetime employment” with a single employer for the rest of his or her career. Now, the number of “lifetime” jobbers has dropped across the board with every age group.

The vice-president of Research and Policy at the Kaufmann Foundation, Robert E. Litan, states that “the fact that the largest age group of our population is also the most entrepreneurial bodes well for the United States’ economic future.” This statement probably rests on the experience and education factor of baby boomer entrepreneurs.

In addition, entrepreneur characteristics have become clear as well, especially in certain industries. For example, 92 percent of new US tech firms were founded by entrepreneurs with at least a bachelor’s degree. 31 percent of tech firm founders had a masters degree, and 10 percent completed a Ph.D. Nearly half of these degrees were in fields such as science, mathematics, technology, and engineering.

With these published statistics, it is clear that American entrepreneurship is thriving thanks to an educated and experienced group of entrepreneurs. Although termed “mid-life crisis entrepreneurs,” the baby boomer entrepreneurial generation is poised to continue building successful businesses for years to come. 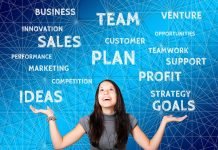 Take Your Business To The Next Level 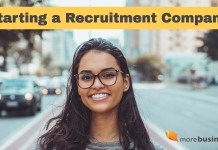 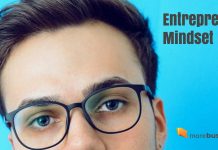 What is the Entrepreneur Mindset? How to Think Big to Grow Big 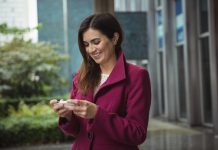 How New Entrepreneurs Can Extend Their Network Through Involvement

How To Find The Best Tool For Email Marketing Automation

Good Bots vs. Bad Bots – Ways Bots Can Destroy Your...

10 Steps to Go From an Idea to Launching a Business